With its majestic backdrop of Mount Chocorua, the most photographed mountain in America, Tamworth, New Hampshire is a picturesque town offering dramatic mountain views from many locations. Lake Chocorua, White Lake, flowing brooks and rivers, trout streams and ponds all contribute to the natural beauty and scenic vistas found at every turn. Because of its charming rural character and proximity to the White Mountain National Forest, Tamworth provides many opportunities for aficionados of both summer and winter recreation, notably hiking, canoeing, sailing, fishing, camping, and cross country skiing and snowmobiling in the winter. 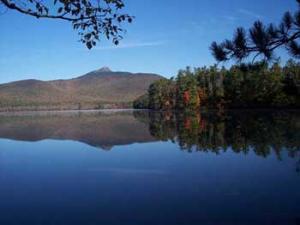 Located in Carroll County between the Lakes and White Mountain regions of New Hampshire, Tamworth is comprised of the five villages of Tamworth, Chocorua, Whittier, South Tamworth and Wonalancet. The site of the town was granted in 1765 to John Webster and others, and named in honor of British Admiral Washington Shirley, Viscount Tamworth, who was a close friend of then New Hampshire Governor Benning Wentworth. 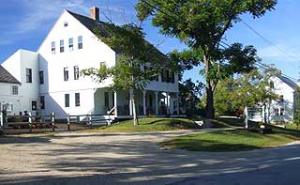 Tamworth is culturally active with two libraries, Cook Memorial Library in Tamworth Village, and the Chocorua Public Library, which is private and is supported by fundraising and an endowment. In addition, Tamworth is home to the oldest repertory theatre in the United States, the Barnstormers, which boasts an eclectic summer program of plays. The Arts Council of Tamworth supports many other cultural and educational endeavors including music, art exhibits and workshops. A favorite venue for residents and visitors alike is the Remick Country Doctor and Farm Museum, which hosts many workshops, talks, exhibits and festivals in keeping with the seasons. The town hosts Tamworth Family Day with music, food and games on every 4th of July immediately after the annual parade, followed by a huge fireworks display in the evening.

Famous people throughout the years have lived in Tamworth, including former President Grover Cleveland and John Greenleaf Whittier, who received much of his inspiration from the surrounding beauty of the town.

Click here to read more about the history of Tamworth.